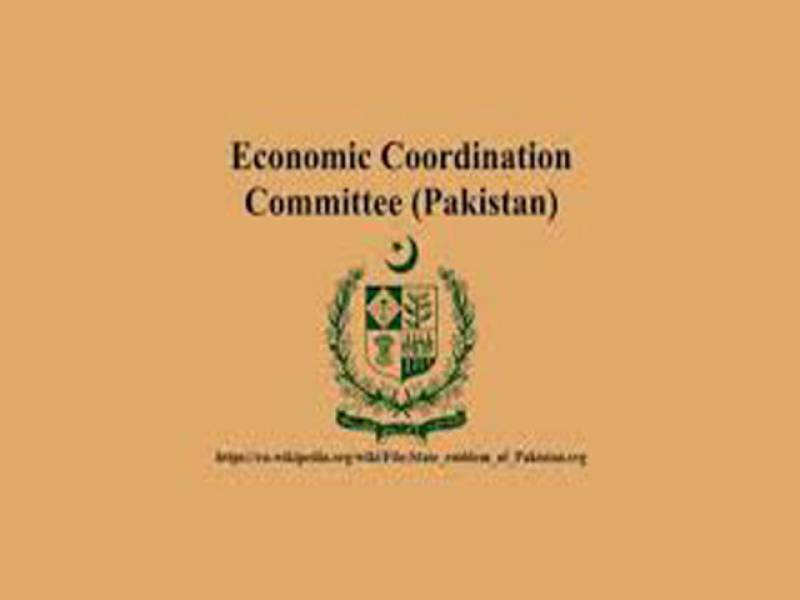 ISLAMABAD-The Economic Coordination Committee (ECC) of the Cabinet on Wednesday allowed the Trading Corporation of Pakistan (TCP) to conduct pre-shipment inspection of imported wheat at ports to ensure the quality of imported wheat as per approved specifications.

The ECC approved a brief submitted by the Ministry of Commerce and allowed TCP to conduct pre-shipment inspection of imported wheat at loading ports by its six (06) International Pre-Shipment Inspection Agencies (PSIA) already pre-qualified to ensure wheat quality imported to approved specifications. It has been reported that a number of wheat shipments are expected in the coming months.

Federal Minister for Finance and Revenue Senator Mohammad Ishaq Dar chaired the meeting of the Economic Coordination Committee (ECC) of the Cabinet. The ECC considered a brief from the Ministry of Energy (Division of Petroleum) and granted the extension of the Adam X-1 development and production contract for a period of five years from 10-02-2022 in order to increase domestic production of oil and gas and reduce the load of imported energy. The Adam X-1 development and production lease was granted for a period of seven years from 2015-02-10, covering an area of ​​19.42 square meters. km and located in Sanghar district. The field still has potential for further commercial production.

The ECC considered another brief from the Ministry of Energy (Division of Petroleum) and allowed extended well testing (EWT) for one year on Umair SE-1 Discovery Guddu (EL) after commencement of production under EWT agreements. It was reported that an Exploration License (EL) was granted in 1999 over the Guddu block, operated by M/s OGDCL. Based on the results of the seismic data, OGDCL made a new discovery in the Guddu EL from the Habib Rahi and Pirkoh limestones by drilling a well called Umair SE-1. The ECC also considered a brief from the Ministry of National Health Services, Regulations and Coordination and approved the increase in the MRPs of one (01) drug as recommended by the Drug Pricing Committee. The ECC considered a brief of the Ministry of Poverty Alleviation and Social Security on wheat seed subsidy (Rabi 2022-23) and allowed the provision of Rs. 8,390 crore through TSG in favor of BISP for cash subsidy to farmers in flood affected areas in lieu of provision of wheat seeds as per committee recommendations. Further, the ECC directed BISP to initiate cash disbursement through its partner bank as per the eligibility criteria and the amount to be disbursed to each eligible person identified by the Government of Sindh.

The ECC also considered and approved two briefs of the Ministry of Home Affairs regarding the grant of financial assistance of Rs. 10 million to the legal heirs of the deceased who died during the recent suicide blast at I-10 Markaz, Islamabad and Rs. 20 crore to the legal heirs of the deceased who died during the recent long march of a political party. The ECC discussed a summary of the Ministry of National Food Security and Research for the supplementary technical grant of PCCC employees and formed a committee composed of secretaries of MNFSR and Commerce led by SAPM on the effectiveness of the government Dr. Muhammad Jehanzeb Khan to assess viable options for financial sustainability of Pakistan Central Cotton Committee (PCCC) and submit a report within 15 days. The ECC also approved the following supplementary/complementary technical grants: i. Rs. 844.389 million in favor of the Ministry of Housing and Works for the repair and maintenance of the Supreme Court of Pakistan building, judges’ residences, rest houses and sub-offices in various cities. ii. Rs. 3 billion to the Cabinet Division for development expenditure under the SDGs Achievement Program (SAP).