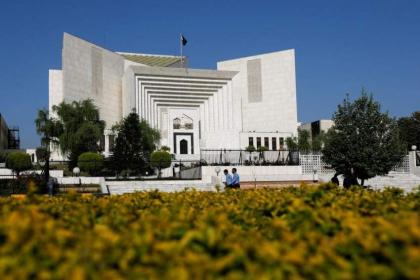 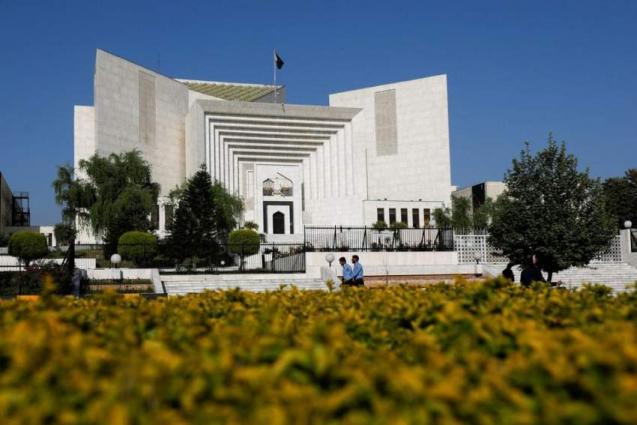 The Supreme Court this Wednesday prohibited public officials, including politicians, from placing their photographs in public and government documents, calling it a violation of their oath.

ISLAMABAD, (UrduPoint / Pakistan Point News – 23rd Nov, 2022 ) :The Supreme Court on Wednesday banned public office holders, including politicians, from placing their photographs in public and government documents terming it a violation of their oath.

Justice Qazi Faez Isa wrote a five-page judgment questioning placing the photograph of the then Punjab Chief Minister Chaudhary Pervez Elahi on the certificates of properties located in a katchi abadi in Rawalpindi.

According to the order, placing a photograph of oneself in a public/government document projects personal interest, so it was not admissible as it would violate the oath of office. He was also not allowed to maneuver or honor himself through his subordinates, political partners or in such a way that he could ask for reciprocal favors.

“Paid state employees, constitutional office holders and politicians in government should not use their positions for personal, partisan or pecuniary gain. If someone names a place or public/government property after himself or places his own name or image in a government document, it was self-glorification, and if this was done by others, it would constitute obedience, flattery, nepotism and/or corruption,” the order added.

A division bench of the apex court comprising Justice Qazi Faez Isa and Justice Syed Mansoor Ali Shah further pointed out that the apparent reason for portraying the image of the Chief Minister, who was a politician, could only be to present it to the recipients of the certificates. .. as their benefactor and thus cultivate in them the feeling of being under obligations to him.

“If said gentleman wanted to help the homeless, there was nothing to stop him from giving away his assets and if he did, he would be free to place his photograph on title documents. Self-projection in public/government records. and self-aggrandizement at public expense not was allowed,” the court order states.

The court also said that Pakistan was not a kingdom, principality or fiefdom in which the people must be beholden to their rulers.

The ruling also says that “naming public/government assets and anything planned, developed and/or managed with public/government funds or projecting oneself, as in the present case by pasting one’s photograph on the sanads (certificates), violates the Constitution , undermines Pakistan’s Islamic moorings, lacks legal authority and, one might add, is also in bad taste.”

The court also directed his office to send copies of this order to the cabinet secretary, all provincial chief secretaries and the chief administrative commissioner of the Islamabad Capital Territory (ICT) to issue necessary notifications reminding government officials that they serve the people, and not people in the government and that must strictly abide by paragraphs 9 to 13 of this sentence.

The US Secretary of State has pledged to oppose the annexation of Israeli settlements. GTN News

Prime Minister Modi will chair the all-party meeting today, an attempt will be made to reach a political consensus on the G20 GTN News

Dialogue is the only solution to the conflict in Ukraine, says Macron GTN News