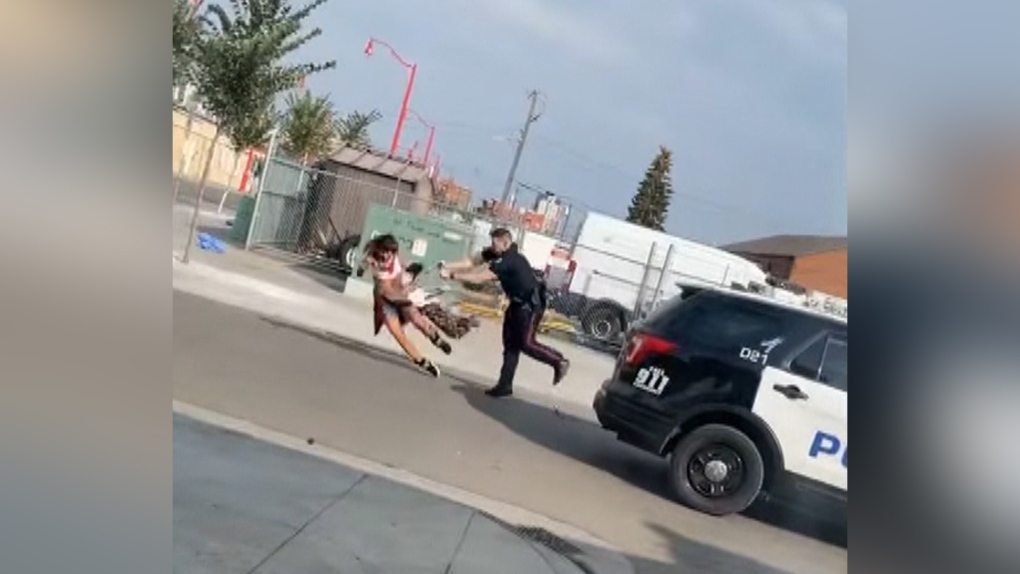 A video shows a police officer shaking a woman to the ground, but Edmonton police say there is no basis for an investigation.

According to police, a citizen reported that two women, one of whom was armed with a knife, were about to fight.

The officer arrived at the scene and saw a woman holding a knife.

“The officer directed the female to drop the knife, but she refused, stating her affiliation with a criminal gang, and walked into an area where there were bystanders,” EPS spokeswoman Cheryl Woerdenhout said. I said

“The officer considered his use of force authority, given that the suspect was armed, and determined that the least amount of force would be necessary to push him to the ground to safely detain the suspect. Can.”

Following a review of the incident, the EPS says there are no grounds for an investigation by its Professional Standards Branch.

She says she got it from someone who wanted to remain anonymous because they feared repercussions from the police.

“They realized they would be a target for EPS down the road, so they sent it to me, and asked if I would do it.”

She says she knows the woman in the video but doesn’t know where the woman is or what her condition is.

“They put him in the car, and we don’t know if he’s in custody, or maybe they let him go around the block. I have no idea.”

Gale says she plans to file a formal complaint over the incident, and wants the officer’s beating to be overturned because she says future sightings of him will be frightening for those who experienced the incident. Are aware.